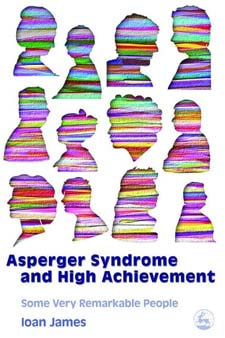 This fascinating collection identifies famous figures from the past whose behaviour suggests they may have had autism, a disorder that was not defined until the mid-20th century. James looks at the lives of 20 individuals – scientists, artists, politicians and philosophers – examining in detail their interests, successes, indifferences and shortcomings.

Among the profiles are those of mathematician and philosopher Bertrand Russell, who wondered in his autobiography how he managed to hurt the people around him quite without meaning to; biologist Alfred Kinsey, who excelled in academia but was ill at ease in social situations; and the writer Patricia Highsmith, who had very definite likes (fountain pens and absence of noise) and dislikes (television and four-course meals). From Albert Einstein to Philip of Spain, these intriguing individuals all showed clear evidence of autistic traits.

This book will be of interest to general readers and anyone with a personal or professional interest in autism.